27/06 - 28/06: Institut für Musik und Medien Düsseldorf
Resindency at the Experimentallabor of the IMM

After over a half-century since openings of the Experimental Studios such as the one in Cologne and Warsaw, most of its innovations seems upside down. Studio is a laptop. Electronic music is everybody's engagement. Instrumentalists follow the sounds of the synthesizers. So let's give it a try: instead of the complex equipment of the Studio, can't the pieces be performed on acoustic instruments, home made electronics or amplified objects? Is that a joke of the history? Or its natural progression? 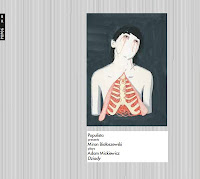 Voice, objects and tape by Miron Białoszewski
Recorded by Miron Białoszewski in Warsaw on 25th of December 1965
Researched, selected and edited by Maciej Byliniak
Mixed and mastered by The Norman Conquest, Maciej Byliniak and Michał Libera
Produced by Michał Libera
Cover artwork by Aleksandra Waliszewska
Layout by Piotr Bukowski
Published by Bôłt Records
Distributed by MonotypeRec.

“Singing. Speaking. Exactly. Moreover: the kind of difference between them? Supposedly clear. But where does the border line go? Is it terminology? Is it stretching the syllables (or even sounds)? Or altering the pitch? Or rhythm? Perhaps trembling of the voice? With stretching? (…) Often we had particular speakings (calculated according to its own melody but still speakings), straightforward singing and singing-speakings, on the edge, which turned out to be pretty broad as variety of almost singings was turning out, crooning speaking, sections of monotones or the opposite – rhythmic pile-ups becoming music out of its own urge. Hence there was no point in bringing foreign, outer music, music as such – apart from acoustics of objects playing their roles or rhythm of walking (e.g., drumming buskins)”*. This is how Miron Białoszewski was recollecting a performance formula created in Teatr Osobny run by him, Ludwik Hering and Ludmiła Murawska between 1955 and 1963. He used to perform one of his favorite texts there – the fourth part of “Dziady” by Adam Mickiewicz in his own montage and edit. Taking the role of a choir, his companion was Ludmiła Murawska. The same edit of the fourth part – now a solo by Białoszewski – and the same performance concept is to be found on the tape recording of “Dziady”. It is the most interesting and sonically rich material among several recordings of texts by romantic authors – Mickiewicz, Słowacki and Norwid – which Białoszewski did for his own purposes in 1964 and 1965. The material on the CD consists of extensive sections of the recording of “Dziady”. The only excluded part was the least sharp and intense scene I of the third part of the drama. Included are the ones stepping outside the regular model of reading and thus uniting text and sound / music. These fragments stand for the thesis that Mickiewicz and Białoszewski meet where the word “opera” looses its most obvious meaning. Formulated by Andrzej Stawar, one of the commentators of “Dziady” in Teatr Osobny, it was supposed to point out that in “Dziady” Mickiewicz was aiming at an opera. Located in a province of no opera tradition, he could not write it “properly” but only in a way he imagined it. Intention of such a twisted trajectory can only be fulfilled by equally unusual performance: mis-opera or opera-misunderstanding, something resembling the opera but only by accident and indirectly. And perhaps it was actually fulfilled by Białoszewski who – unlike Mickiewicz – knew opera very well but did not think about it while performing “Dziady”. 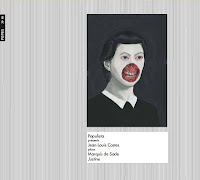 Voice, melodies and adaptation by Jean-Louis Costes
Recorded, mixed and mastered by Zosia Morus on 15th of October 2011
in Królikarnia
Edited and produced by Michał Libera
Premiered at The Birth of Noise out of the Spirit of XVIII Century Music
series accompanying the exhibition Ladies with a Doggy and an Ape
Cover art work by Aleksandra Waliszewska
Layout by Piotr Bukowski
Published by Bôłt Records
Distributed by MonotypeRec. 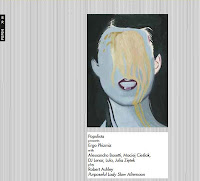 
ALEBEEK, RINUS VAN
--- played back Luc Ferrari “Cycle des Souvenirs” on the 29th of October 2010 in composer's flat in Montreuil. Waking around, he recorded it again – with his Sony Walkman. Brunhild Ferrari read liner notes of the CD release of “Cycle des Souvenirs”.

BIAŁOSZEWSKI, MIRON
--- performed his Mickiewicz “for himself only. On Tape” in 1965 wondering “how much mess in the history of words was caused by mishearings and nonintentional misrepresentations”.

CABINET D'AMATEUR
--- Georges Perec says: “An artist imposed on himself a principle not to make faithful copies of the models; he seemed to gain malicious pleasure by introducing subtle changes with each copy. One by one, characters and objects would disappear, be displaced or replaced with others”

COSTES, JEAN-LOUIS
--- adapted and performed de Sade's Justine for the closing of a music programme “Birth of noise out of the spirit of XVIII century music” accompanying the exhibition “Lady with a doggy and an ape” in Królikarnia.

DZIADY
--- Maciej Byliniak says: “In »Dziady« Mickiewicz was aiming at an opera. Located in a province of no opera tradition, he could not write it »properly« but only in a way he imagined it. Intention of such a twisted trajectory can only be fulfilled by equally unusual performance: mis-opera or opera-misunderstanding, something resembling the opera but only by accident”

KUNSTKAMMER
--- Lester K. Nowak says: “Each artwork is a reflection of another. Most or virtually all of the paintings become truly meaningful only be reference to the predecessors recreated in them; completely or fragmentally; ciphered in varied hints or recreated in the new ones. From this perspective one should pay a special attention to the type of painting which is usually called collectors cabinet (Kunstkammer). It was born in the end of XVI century in Antwerpen to be reproduced by different European Schools until roughly mid-XIX century. Competing with an idea of a museum – and of course an idea of a painting as use value – its fundamental principle was to root an act of painting in its power of reflection – a painter would draw his strength from other artists' works"

OPERA
--- Many people say. Robert Ashley: “Not stories as such, but were more likely to be an assembly or collage of characters that seemed to belong together and that being brought together gave the characters some meaning”. And on top of it: “There is always fascination with landscape. When the piecing together of imagery becomes so intense that one is aware of its rhythms, in effect the action of perceiving mind, opera, or the communication of those rhythmic forms, arises naturally”. Cornelius Cardew: “Many people working”.

PROCESS
--- Robert Ashley says: “Do things that have a message. Music has to be about something. If you go along with that, then we hardly need to talk about the processes. They seem to take care of themselves, for better or worse”

THEFT
--- In criminal law, theft is the illegal taking of another person's property without that person's freely-given consent. They say.