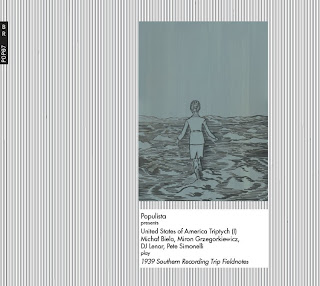 1. Houston, Texas
2. Port Aransas, Texas
3. Parchman Prison, Mississippi
4. Me for Texas An' Me for Tennessee 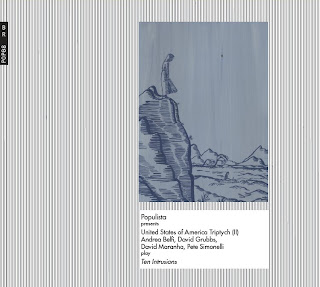 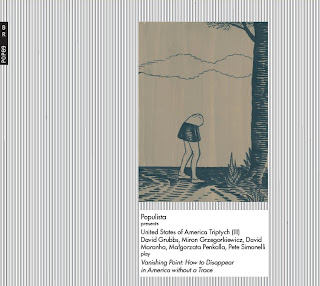 BR POP 09: Vanishing Point: How to Disappear in America Without a Trace

1. Destroy All Photographs
2. Kill the Dog
3. Die with Dignity

All music premiered and recorded at Playback Play 2012 in Powiększenie
POP 08, 09: mixed and mastered by The Norman Conquest,
POP 07: edited and mixed by DJ Lenar and Michał Libera, mastered by The Norman Conquest
Produced by Michał Libera
Artwork by Aleksandra Waliszewska
Layout by Piotrek Bukowski
Published by Bôłt Records
Distributed worldwide by Monotype Records
Distributed in Poland by Bęc Zmiana

Year 1949, Harry Partch – leaving for Gualala. Old smithy on a cliff, an isolated recording studio, breeding of a troop of small creatures called „Eleven Intrusions” - perhaps one of the first cosmopolitan reinventions of American native music.

All three documents were approached by musicians who met in Warsaw for Playback Play 2012 – a week long series of rehearsals and performances. And then put together to form – what exactly? A historiosophical narrative in music arrangements? A distant mirage of something we have already heard somewhere? Three images of America facing each other?

I love them more than all the others, the arrangers. The ones who sign their names inside the work […] what arrangers are signing is above all a listening
- Peter Szendy

Populista is a pool of reinterpretations, overinterpretations and misinterpretations of the past. A salon where Beethoven takes a revenge on Kagel; Schumann love songs finally get hopeless and field recordings of Ferrari are field recorded again. It is a genre-less collaboration in an area called „listening”. The music we love or the music we hate – if only for a reason. Do not expect brands. Expect statements on music, listening and other sweetmeats like pop, memory, sex, cuisine, tradition, kitch, canon, individuation… and America.
Autor: Michał Libera o 13:32 Brak komentarzy: