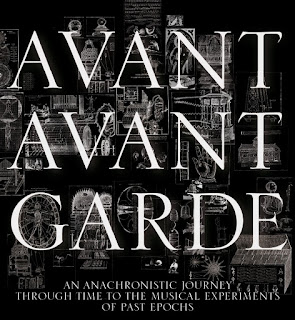 Lucio Capece & Dženana Aganspahić, performance rooted in a traditional Bosniak technique of „rotating pan”. It is a way to distribute sound of a singing woman in a room by a series of reflections from a manually rotated pan. In Cologne the voice will be replaced by Lucio Capece's saxophone.

Arturas Bumšteinas, quadrophonic composition conceived of recordings of baroque theatres' noise machines. The recording were made in Ekhof-Theater in Gotha, Drottningholm Theatre in Stockholm as well as private collections of Per Simon Edstrom and John Kapenekas.

Max Eastley & Aleks Kolkowski, „Waves and Ripples” - a musical exploration of sound and water using self-devised instruments and improvisation. Their modus operandi is derived from classic scientific hydroacoustical experiments by Athanasius Kircher and Ernst Chladni, as well as the illusions of Robert Houdin.

Gamut Ensemble with with Philip Zoubek & Radek Stawarz, composition for a self-contructed carillon by Gerhard Kern based on old sketches and extended with computer controllers. The piece is inspired by 17th Century logics drawings by Athanasius Kircher.

Financed by Ministry of Culture and National Heritage

Financed by Foundation for German-Polish Cooperation