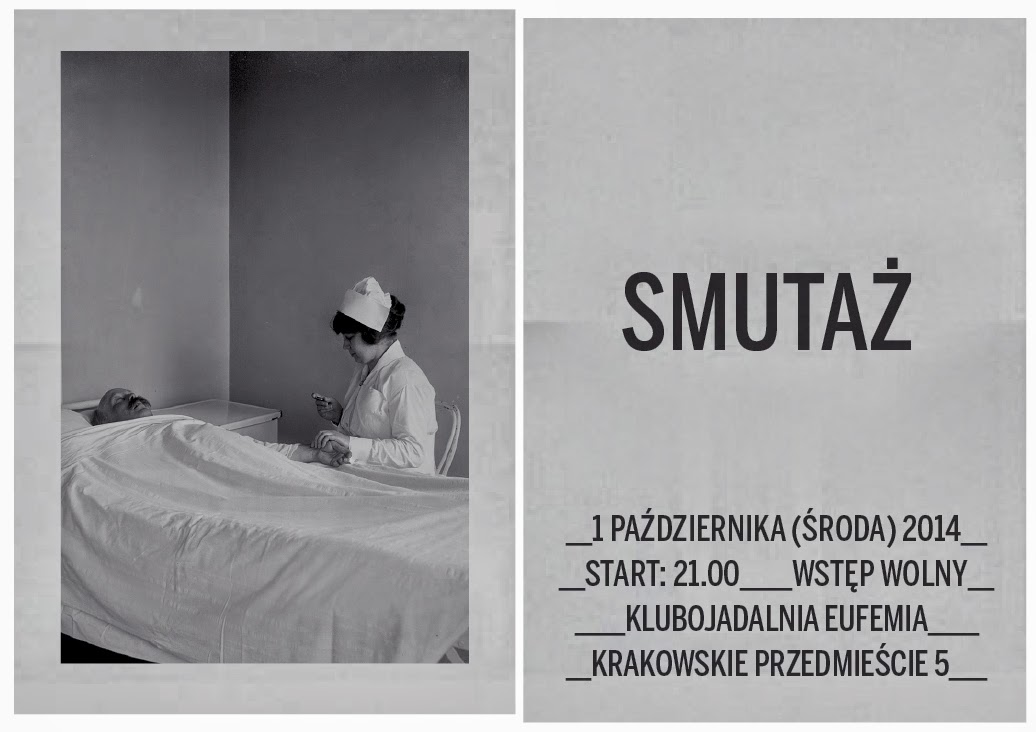 After a groundbreaking success of a legendary 2013 Smutaż and even more advanterous and profound editions in early 2014, we decided to continue: October opens with funeral songs, chants and marches from different regions of Europe accompanied by their noises - with all sorts of articulations and misarticulations. And a touch of anxiety that brought together they may induce grand transformations in funeral trends all around the world. Die faster!
Autor: Michał Libera o 05:17 Brak komentarzy: 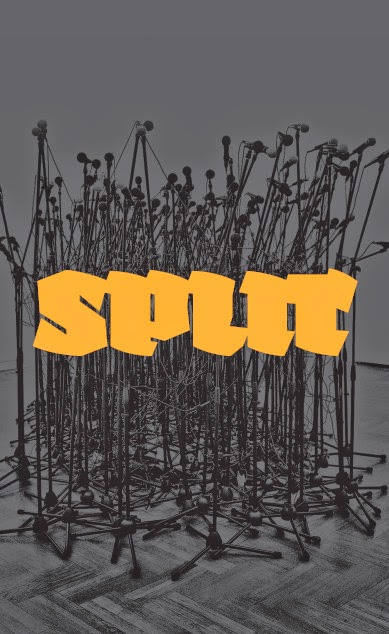 SPLIT
Konrad Smoleński
with
mattin, Gregory Whitehead and Jack Sutton
West, Den Haag
06/09/2014 - 11/10/2014
Exhibition and cassette release
Press release of the gallery below
To be followed in October by an exhibition presenting new work of Konrad Smoleński O.M.I.A.M.H
and an additonal program of "Hommage to Loudspeaker"
with
Mark Bain, Justin Bennett, George Brecht, Brutaż, Cut Hands, Nic Collins, Kyle Devine, Diktat, Eli Keszler, Alek Kolkowski, Alvin Lucier, Anton Lukoszevieze, Lionel Marchetti, Tony Di Napoli, Eliane Radigue, Spat'Sonore, Anne Wellmer, Tres and more
more details soon
In collaboration with acclaimed Polish artist Konrad Smoleński and Michel Libera, West Den Haag proudly presents The End of Radio, Judge, and Fly by Smoleński in Split. An exhibition that follows the tradition of musicians’ splits on vinyl and cassette tapes.
Smoleński eloquently works in visual and performance fields from photography to installation, video to happening, and sound to sculpture; often collaborating with other visual artists and musicians. In 2013, he represented Poland at the Venice Biennale with the monumental installation Everything Was Forever, Until It Was No More (2013). Two huge church bells were the starting point. Two walls of loudspeakers and sonorous objects made of metal sheets completed the work. In intervals, the installation created a visual and aural experience where delay and modification of the initial sound of the bells played a symphony.
Making the ‘split’ the focal point of the exhibition, Smoleński’s works are faced with their own Side B –recordings by American audio artist Gregory Whitehead, Basque noise artist mattin, and English trance-medium Jack Sutton. Together Smoleński’s works create a landscape of death and electricity, and all their reversals that the sonic level reveals.

As sociologist and music critic Michel Libera says about the works in Split, ‘I always feel I come too late for Konrad Smoleński's sculptures. Something always already had happened and what had been there to see is no longer there. Irreversibly. Perhaps this is because they so often act ‘the reverse’. The skulls with speakers in eye sockets. The microphones made for emitting sounds rather than catching them. The gagged Judge, in place of the sentencing one. In line with the scale and the enumeration and the noise of Smoleński’s sculptures, their reverse logic makes them an aftermath in a structural and not only metaphoric sense. To paraphrase Morton Feldman – his sculptures are not merely to be watched by us. More than that – they are not even watching us. They have watched something that we had missed’.
The B-side of the Split, art pieces and music has been left behind, replaced by recordings that are obscure, strong, and dead. These recordings are paired together to filter out and amplify some of the morbid frequencies in Smoleński's art.

The End of Radio is an installation of two hundred microphones, which emit field recordings of the street. Its B- side is As We Know, a live-to-radio chant by Gregory Whitehead utilizing infamous words of Donald Rumsfeld. Whereas Judge, a sculptural work made of bust made with weak materials held together by burnt tape, is paired with found footage of a medium contacting a dead airman by Jack Sutton from the Occult Voices series. The final coupling is found in Fly, and Tinnitus by mattin. As an audio installation Fly is made of a skull with speakers for eyes, whereas Tinnitus is one in a series of ten unreasoned aftermaths coming from nowhere and devastating our ears.

A new publication by Michel Libera will include a music cassette, where side A is determined by Smoleński’s works, side B audio works selected by Michal Libera.

The exhibition Split is the prelude to Volkspaleis 2014, for which Smoleński will create a new monumental specific installation in a theatre at the sea in Den Haag. More info: www.volkspaleis.org
﻿
Autor: Michał Libera o 12:45 Brak komentarzy: