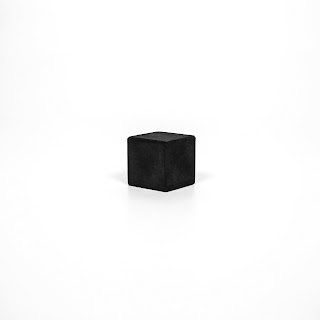 Two years after their remake of Dziga Vertov’s "Enthusiasm" in the form of a 3D sculpture and a Power Point presentation, Grupa Budapeszt returns to one of their favourite strategies by remaking a film by the cult avant-garde artist Michael Snow "'Rameau's Nephew' by Diderot (Thanx to Dennis Young) by Wilma Schoen" (1974). Spanning four hours and a half, Snow’s monumental work consists of twenty six episodes that build a microcosm which is as absurd as it is acutely logical, thus it was initially entitled "Talking Picture". Indeed, his film is a picture that talks.

Amongst a range of audiovisual experiments pursued by the Canadian artist, Grupa Budapeszt discerns a hermetic praise of a deceptive education process. One of Snow’s methods is a singing class in which Nam June Paik is tasked with repeating the chorus melody of Bob Dylan’s song "A Hard Rain's A-Gonna Fall". In Grupa Budapeszt's interpretation, this scene becomes the most important in the film and provides the key to understand the entire work. Accordingly, Snow gives the viewers twenty six singing lessons. Yet, we should not forget that the lessons exemplify deceptive education akin to deceptive teachings included in Denis Diderot’s book, evoked in the title of Snow’s film.

Insofar as Vertov’s "Enthusiasm" was translated by Grupa Budapeszt into the language of 3D sculpture, "'Rameau's Nephew' by Diderot (Thanx to Dennis Young) by Wilma Schoen" becomes a cycle of four songs created with the help of the band BNNT (Konrad Smoleński and Daniel Szwed), MM (Macio Moretti) and MK (Michał Kupicz). The hermetic content of the songs is explained in the exhibition by means of objects and four projections: Power Point presentations. The opening features a concert that will attempt to represent Snow’s hermetic education principle. The process in question is that of a mysterious natural delay which allows Grupa Budapeszt to perversely praise philosophical hermetism, colloquially understood hermeticism and the physical phenomenon of hermetisation – all at the same time.
Autor: Michał Libera o 10:39 Brak komentarzy: 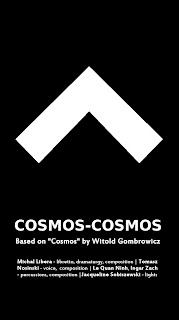 Cosmos-Cosmos
based on Witold Gombrowicz

part of Generation After