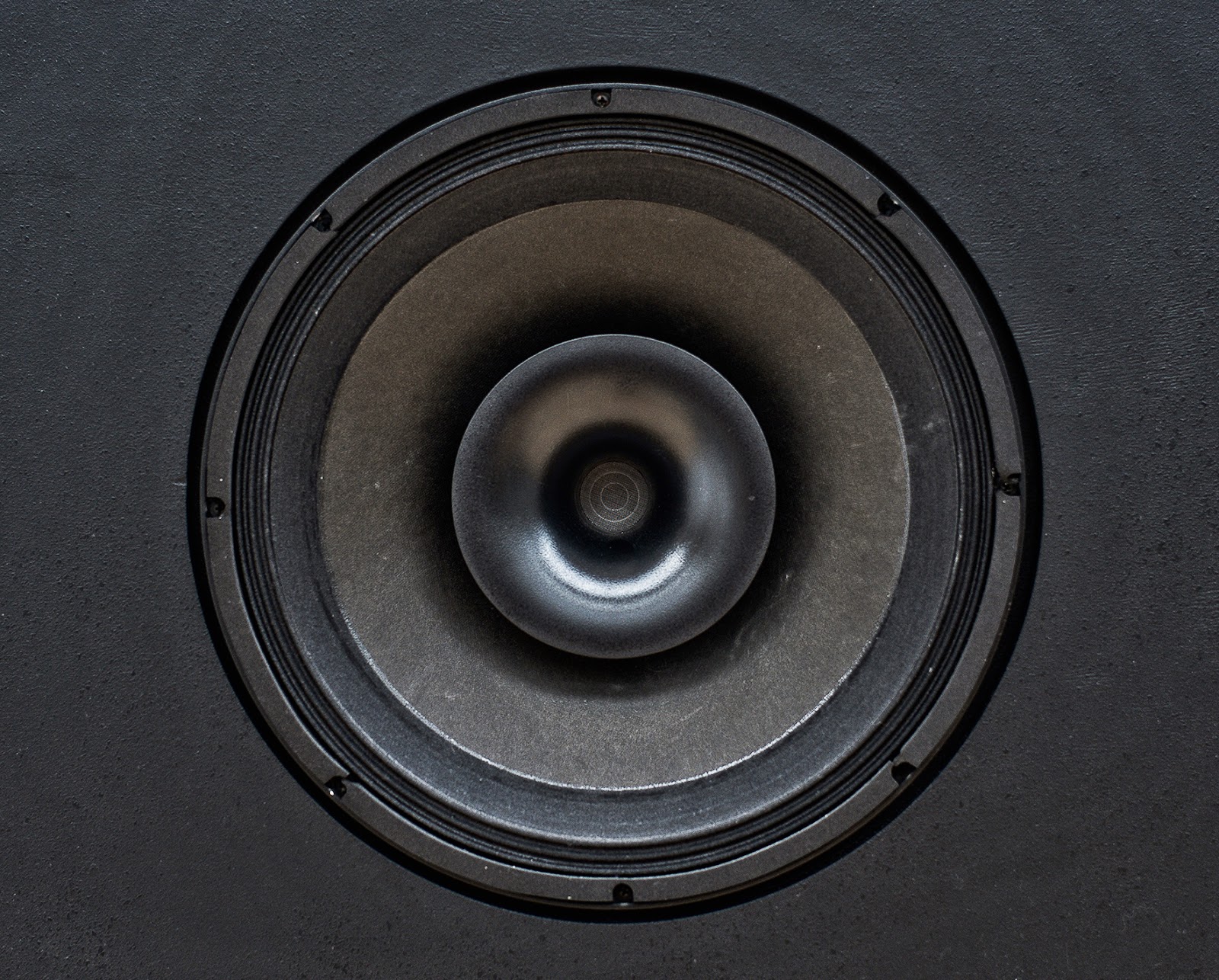 Five weekends of performances, presentations, lectures and screenings – all dedicated to the loudspeaker; its raise and fall, its art and politics, its electricity and non-current shapes.

Loudspeaker is one of the thrillingly convincing examples of culture turned into second nature. It is everywhere. Visible or not, rough or cased, black or transparent. Most of the voices we hear, most of the music we know, most of the noise we miss – it is all coming from the loudspeaker. Its relevance is almost imperceptible. Neutral unless distorted, perhaps because of its modest features – disattachement of sound from its source. And making it louder.

Right behind the loudness and volume, the rootless and disattached character of the loudspeaker sound, there are its vibrant socio-political features. The voices audible to the masses, delivery of the message to virtually anyone, its reach and altering of the signal, noisy or clear – and on the other end: its extreme intimacy, previously unknown closeness and detail of the voices and murmurs, much more touching and penetrating than the intimacy of the mouth, bringing our heroes to where they cannot go – to us. We owe it all to the loudspeaker.

*
The program is designed to face the extremes of the loudspeaker and gradually go from one to the other. From maximum volume and electricity, from overwhelming fill and reach to no electricity at all, almost complete silence and acoustic ways of amplifying sound.

The program will kick off on the opening weekend of “O.M.I.A.M.H.” with diabolical and monstrous side of the loudspeaker. Outrageously wild Wolf Eyes will be followed by a legendary William Bennett as Cut Hands and end up in an experimental / rave party by a Warsaw based international DJ collective Brutaż. Saturday night performances will be accompanied by Sunday lectures on social history of loudspeaker (Kyle Devine) and art of loudspeaker (Lionel Marchetti) as well as screenings of propaganda films dealing with the principal functions of the loudspeaker and diffusion of acousmatic compositions by Lionel Marchetti and Eliane Radigue.

Second weekend will put loudspeaker and electricity in the context of architecture. Spectacular project of Mark Bain is a sonification of the vibrations of architecture by the use of seismographic sensors making them audible to the audience. Eli Keszler will perform his drum kit amplified by piano strings connected to walls and motors. Internationally acclaimed hacking virtuoso Nic Collins will give a two day workshop introducing a DIY ways to construct speakers as well as work with a group of volunteers on a performance of the famous “Rainforest IV” by David Tudor – a composition stemming from an idea of each speaker having its very own sound.

Third weekend will host a number of artists presenting projects dealing mostly with mobility and portability of speakers. BMB con. will prepare a special program designed for the theatre filled with Konrad Smoleński's O.M.I.A.M.H. sculpture. Anne Wellmer will perform her adapted version of „Rondzingen” for a vocalizing demolition ball. Matteo Marangoni and Dieter Vandoren will premiere a number of his new audio-creatures to be handed to and experimented with by the audience. Finally, a Dutch-French collective Diktat will disseminate in Smoleński's sculpture with their dictaphones, walkmans and portable tape recorders fully unplugged – and as always accompanied by Jean Borde's doublebass.

Fourth weekend will mark a departure from electrical means of amplifying sound. Gradually. A worldwide known and appreciated cellist Anton Lukoszevieze will give a special recital for amplified cello – from Micro 1 by Takehisa Kosugi and his groundbreaking duo piece with a noise enfant terrible Zbigniew Karkowski to Alvin Lucier's cello and vases piece making use of the resonances of the instrument in the enclosed chamber of the latters. Spat'Sonore is a French collective performing their acoustically amplified instruments by the use of long and entangled horns. They will be mirrored by a lecture presentation by Aleks Kolkowski introducing his collection of early-20th Century horns and tubes used for amplification of sound. Together they will perform Luigi Russolo's “Awakening of the City”.

Finally, the closing of the exhibition will be undertaken by Tres via his Blackout performance. He will be gradually switching off consequent sonic dimensions of the room. Starting from part of Smoleński's sculpture and going through sounding systems of the theatre – ventilation, lightning, heating and many more. Once the loudspeakers are switched off and maximum possible silence is reached the program will terminate at fully acoustic Tony di Napoli performance playing variety of stones, including the 250 million years old sounding litophones.

Film program for the duration of the exhibition:

Self-mythological, black and white depictions of incomprehensible strength – selection of films as a starter and an opening of the Volkspaleis experience. Sometimes only a premonition of an unclear intensity, sometimes a display of full integrity bended to an unknown territory, often prime movements and always primordial forces, handsome and free, forming new landscapes and new radiation – Stubborn classicisim of a walking posture caught tightly between the walls (Bruce Nauman), blinded weekend in the 30. in Germany (Walter Rutmann), feasting with a fish underwater (Reynold Reynolds). Since they all articulate uneasy and higher (or lower) intelligence, there is no direct link between the selected movies just as there is no straight connection between them and „One Mind In A Million Heads” or even „Public Address”. Not straighter then the ones between a starter and a main dish.
Autor: Michał Libera o 09:41 Brak komentarzy: 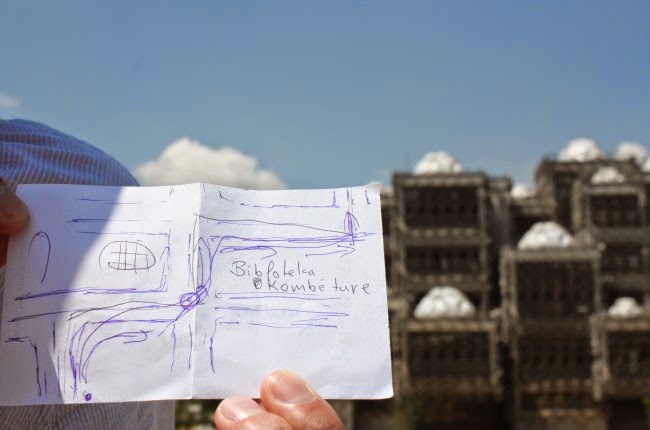 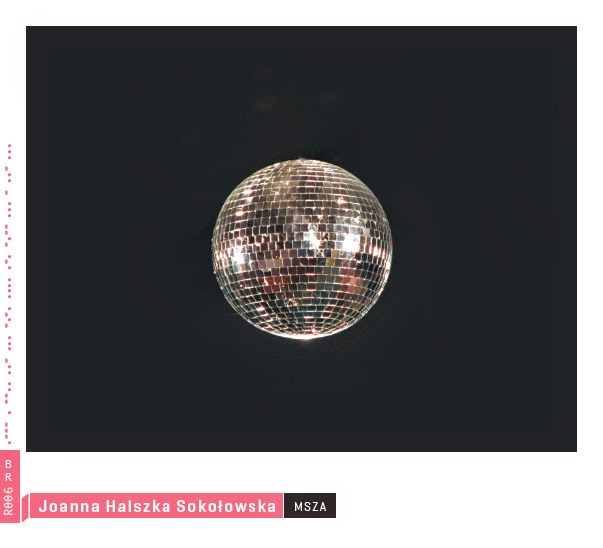 We take Wolgamot as a soothsayer of facebook, disco and mass – environments of the descension of God. There is Gertruda Stein waiting for him, trusting that everything can be found in names. There is Ludwig van Beethoven completing his “most successful piece”. There is Rainer Maria Rilke translating his “Notes on the Melody of Things”. There is a choir laying on the floor – bringing God down. And they are all informed by numerological methods, scientific statistics and cabalistic interpretation of the Tree of Life. And they are all framed by a disco ball. 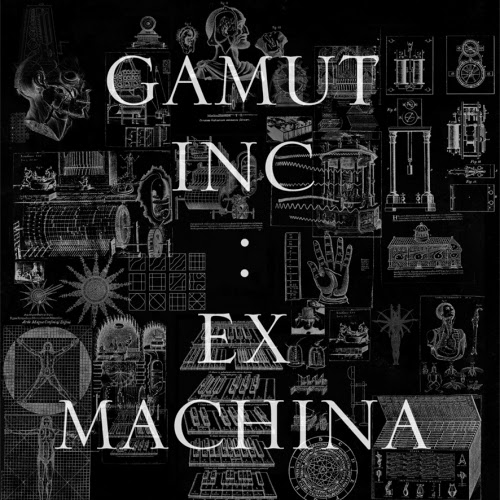