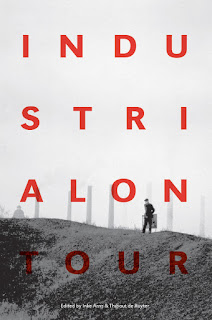 or where did the industry go?

File under rock'n'roll drive turned into an intellectual detour

Including
- careless arguments on what constitutes a proper mad dog,
- insights into the semantics of Uganda,
- investigations into Detroit State of Mind,
- criminal reports on Ronald Reagan and Margaret Thatcher facing Solidarity Museum
and some other reflections of curatorial research of Inke Arns and Thibaut de Ruyter into industrial / postindustrial landscapes of Poland. 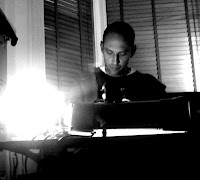 
Simple.
The great trumpet player takes this short trip to Warsaw to play couple of gigs, see the town and meet people.
Real improv.
Come by.


His blurb tells us:
Davis has worked in improvised and experimental music, using mainly the trumpet, field recordings and more recently electromagnetics, since 1994 after studying visual art and being heavily influenced by The Situationists. Has also directed ‘Field’ - a live art/performance project, operating since 2003, which started out as a platform for discussion on improvisation between different disciplines and ended up being a non-discipline-specific performance project referencing the work of geographer Doreen Massey who collaborated on the project.

He has worked throughout Europe and also Japan and collaborates regularly with dance as well as musicians such as Angharad Davies, Rhodri Davies, and Mark Wastell. He currently lives in Cornwall and is a member of the ‘School of Noises’ collective which includes Rob Gawthrop, Robert Curgenven and Dominick Allen.

His work investigates the question of sound (noise) as music, and music as a tool for improvisation, not improvisation as a compositional tool, and in that a negotiation of a relational space.
Autor: Michał Libera o 09:13 Brak komentarzy: