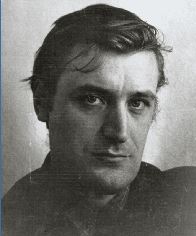 The piece is a musical setting for Ted Hughes' "Snow". It is based on a single swordfisherman's call of Vincenzo Puntillo recorded in 1954 by Alan Lomax in Scila (Calabria). I too don't fully understand the connection.

Hilary Jeffery and Gianpaolo Peres started working together on Minor Tom in January 2016 in the wake of David Bowie's departure. Their music plumbs the depths of blues and treads the lesser known path of dhrupad in a futuristic synthetic setting. Together with Michal Libera they have developed a new performance "Snow" for the occasion of  La Digestion Festival in Chiesa delle Scalze on 31 March 2018, which will be their stage debut. Further performances as well as a release on Silent Records are planned for the near future.