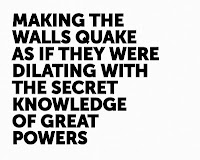 Yes, it could begin this way, right here, just like that, in a rather slow and ponderous way, in this neutral place that belongs to all and to none, where people pass by almost without seeing each other, where the life of building regularly and distantly resounds. What happens behind the flats’ heavy doors can most often be perceived only through those fragmented echoes, those splinters, remnants, shadows, those first moves or incidents or accidents that happen in what are called “common areas,” soft little sounds damped by the red woolen carpet, embryos of communal life which never go further than the landing. The inhabitants of a single building live a few inches from each other, they are separated by a mere partition wall, they share the same spaces repeated along each corridor, they perform the same movements at the same times, turning on a tap, flushing the water closet, switching on a light, laying the table, a few dozen simultaneous existences repeated from storey to storey, from building to building, from street to street. They entrench themselves in their domestic dwelling space—since that is what it is called—and they would prefer nothing to emerge from it; but the little that they do let out…

From Life a User’s Manual by Georges Perec, translated from the
French by David Bellos and reprinted by permission of David R.
Godine, Publisher, Inc. and The Random House Group Limited for The
Harvill Press. © 1978 by Hachette Littérature, translation © 1987 by
David Bellos
Autor: Michał Libera o 13:25 Brak komentarzy: 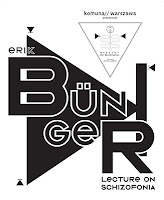