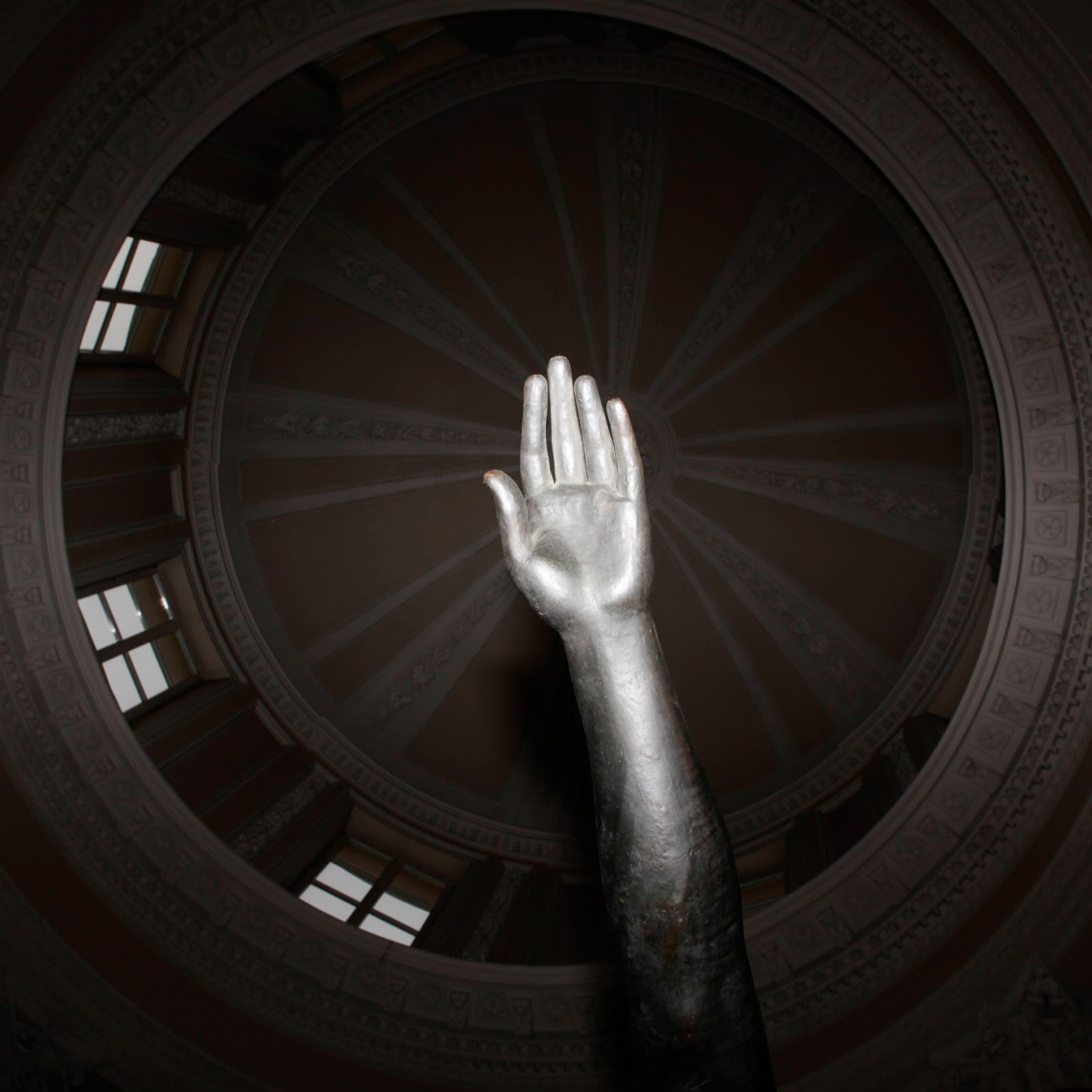 Tony Di Napoli plays stones. The ordinary ones, found in random spaces, of unidentified origin and unspecified sound as well as precisely chosen ones which are selected, sculpted, tuned and finally turned into litophones. One of the oldest instruments in his case is made of limestone which is over 300 million years old. Small blocks of stone differ in size and shape what results in rigoriously various tones making his instrument a fully microtonal one. They don't sound like the stones we know. They sound like electronic compositions we might have heard. In his hands, they also come in close relation with the acoustics of space they sound in. And Królikarnia has got a lot to offer in this realm.
Autor: Michał Libera o 16:19 Brak komentarzy: 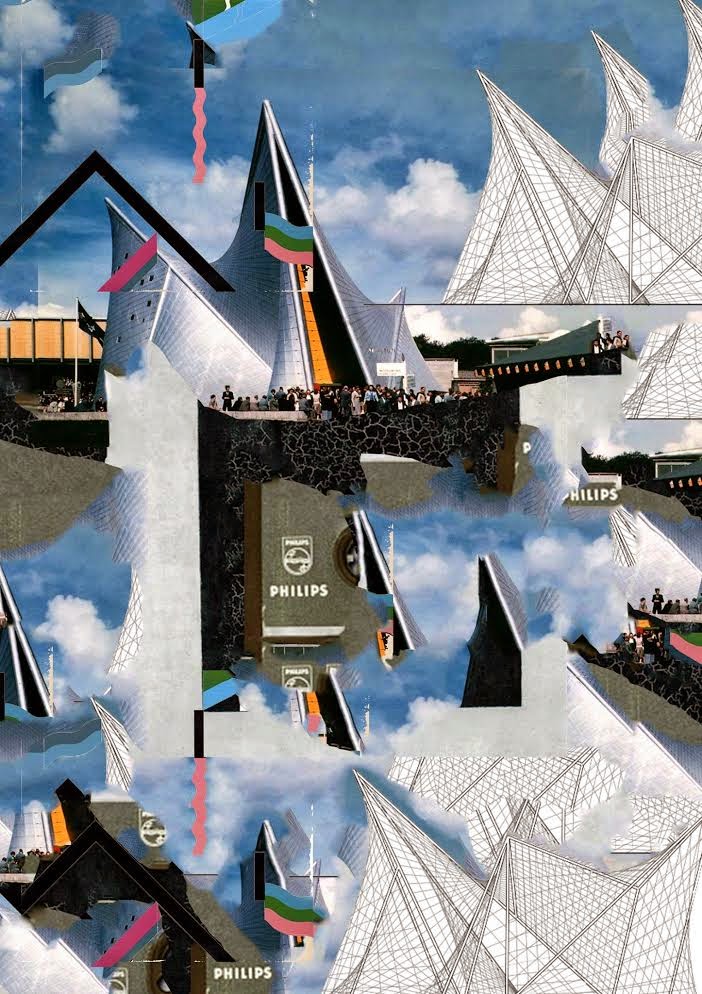 When two curators are handed with a tape they embark on a travel that would lead them through a series of questions that seems mock at the first glance. The seemingly dated medium is a proof of conspiracy that starts in the depths of manifestos of avanguarde artists, goes through catacombs electroacoustic studios and ends in apexes of abstraction based money flows. Their fellow travellers (artists: Celine Condorelli, Goldin + Senneby, Igor Krenz, Robert Rumas, Kazimir Malevich and composer: Arturas Bumsteins) supply them with hints that point to the hidden message of the tape itself and the recording technology as such. No need for corpses in this crime story. They are replaced with multitude of sparse information that questions the common meaning of abstraction and the way it turns into something concrete. Or is it the other way around?

The show is an opera. Libretto serves as the guided tour and music as one of the objects or architecture of the show. This ensemble points towards a renewed meaning of abstraction as uncannily unstable and political. The objective is to challenge the politicality of art by means of fiction and staging.

The exhibition shows four works that point towards something much larger then themselves. Two of them question the structure of field of art. Kazimir Malevich's Black Square on White 1985 is a copy, but not a work of art. It contains everything that was already in the original, and much more thanks to its secondary nature. Moreover it is not a piece of abstraction, because if we think about it as a painting it is depicting reality, that is an original. In this way it is based on a similar act that we can observe in the next piece.

Igor Krenz found a scientific book written in Polish titled Morfologia matematyczna w teledetekcji (Mathematical Morphology in Teledetection, 2010) and bought a pile of copies. The show then made its task the embodiment, in the form of sculptures and videos, of the diagrams, graphs, and images in the book. These images, extremely abstract for those not educated to decipher them, were given objective, material reality thanks to artistic practice. The videos were based on blurry images used to make points about teledetection, but their aesthetics had much in common with structural film. Based on the book’s diagrams, the sculptures were close to the geometrical, minimal, abstract art of the 1960s. Everything made the viewer feel like being in a familiar sort of art show (especially in a time of nostalgic revivals). But Krenz didn’t stop at this obvious stage: His pile of copies became “catalogues” that were resold at the exhibition. This operation self-reflexively pointed out the frequent illegibility of art writing and the hermeticism of art itself, as seen from the point of view of outsiders. This time figurative schemes were turned into pieces of abstract art by the sole materialization and act of presenting them in a specific context.

Celine Condorelli's piece Structure for communicating with the wind is a real obejct, a metaphor and a sound device. A piece of architecture that divides the space and creates a certain atmosphere. But it is something more: the curtain is a materialization of a passage from a word based music score by Cornelius Cardew.

This aspect leads to the final piece, a video by Goldin+Senneby The Discreet Charm. It stages a miniature theater piece on abstraction of banking system in an art gallery. The speaker frequently gives obvious suggestions that what he is actually discussing is in fact the creation of value in the artworld. The last piece serves as the introduction of the method.

They are all becoming characters in a story that unfolds in an opera by Arturas Bumsteinas, Robert Rumas, Michał Libera and Daniel Muzyczuk. That tells a well known story of the 1958 Brussels Expo Philips Pavillion by Le Corbusier, Iannis Xenakis and Edgard Varese in a new way, which points towards the hidden objectives of the project and its unexpected and disastrous consequences which can be observed in such distant regions as economic debt policies and contemporary art discourses.