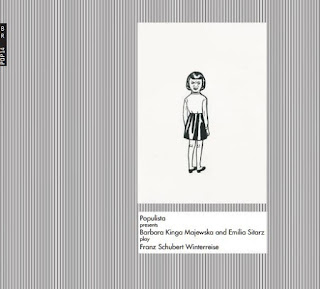 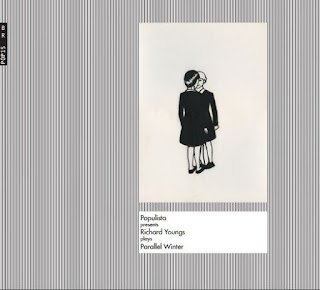 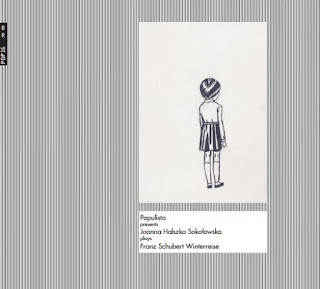 Motto of Populista Winter Triangle came about on 13th of December, 2014. It was a cold and windy day, a classic of pre-winter Warsaw, cold, wet, transparent yet at the same time grey, or perhaps mostly grey. It was also a day of the first Warsaw show of Richard Youngs in Komuna// Warszawa. Not fully by accident, there was a piano in the room, which made Richard propose performing „Parallel Winter”. Few hours later he was introducing the piece to the audience saying that its duration is something in between fifteen and forty five minutes. It is because, he continued, that the piece has as many lines as we have winter days and hence is something one needs to go through, not unlike going through winter.

Is there a better introduction to „Winterreise”?

Legendary music cycle of Franz Schubert accompanies the poems of Wilhelm Müller and is today more than a classic, it is a must in virtually all and any music canon, a model of romantic songbook about misery, love and solitude and last but not least – a 19th Century equivalent of a pop album mirroring emotional lives of generations to follow after its completion in 1828. Musicians' encounters with Schubert are rarely coincidences, especially in case of „Winterreise”. Regardless of approach, methodology in developing the interpretation, performance's concepts and techniques, facing the cycle is always a challange. It is due to the scale of the piece, varied and settled performance traditions, canonic value and more than often inconspicious refinment of the music which all together require musician to engage deeply and responsibly. It always means something when somebody takes on Schubert.

Interpratations of Barbara Kinga Majewska and Emilia Sitarz are crazy, funny, touching, sad, passionate, icy, irreverent, charming, sharp, ironic, tender, sweet, sensual, repulsive, ostensibly true and movingly artificial. Most of all however, they are a consistent, unhesitating and precise story of high integrity, not easy to forsee though, even for Winterreise's experts. The story is a far reaching interpretation of Schubert and Müller, bold and consequent, not stopping half way, not sucking up to the history of great performances of the piece. Quite the contrary, it is an undogmatic exegesis, open and idiosyncratic, the one that only the two artists in team with the producer, Michał Libera could create, an interpretation displaying new tensions and new interrelations existing in Schubert's cycle. At the same time, it is a work of great admiration and respect, more than often characterized by prudish perfections and surprising faithfulness to the romantic original.

The version of Joanna Halszka Sokołowska is diametrically different, although the distance from Schubert seems comparable in both cases. The album is in a way a field recording of a night session in the theatre. In less than two hours, her singing was captured with no rehearsals, in one go, and was followed by no overdubs or other studio treatments. It seems to be closer to Richard Young's „Parallel Winter” than the other take on Schubert. Perhaps because they both share a thoroughly camouflaged conceptual content uniting all the details and formal decisions with the content interpretation. It is switfly covered with the sound of pop or folk music or whatever kind of music it is which is more about playing than performing. Hence its theory comes more from an instinct and accurate decision than detailed exegesis, which by the way seems quite close to Schubert's fascination with folk songs. But there the similiarities with the original end.
Autor: Michał Libera o 08:24 Brak komentarzy: 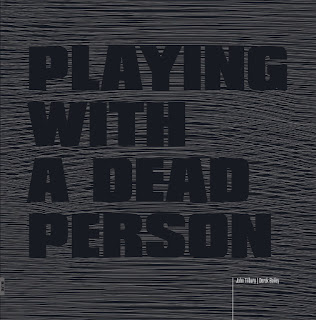 Thanks to Karen Brookman.

„Derek and I always wanted to do a duo recording together and we never quite managed that. Within the later years that we were trying to set something and his health was failing, we would get close to it and he would phone up and say „I'm just not up to it, I can't do it”, and of course he died and I always regretted it – that we never did that. […] So when you contacted me about the duos, I thought there is nothing more original than playing with a dead person […] which is curious because Derek is very much alive, especially when we hear his voice and I feel he's sort of sitting here, in the studio, and he's waiting for me and I'm waiting for him and we're not quite sure what's gonna happen”