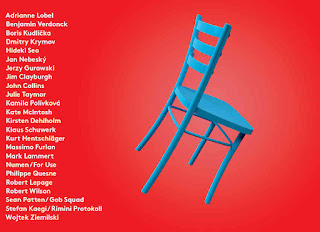 The walk in the city will relate to owning and possessing and take as its stage one of the most crowded spots in Prague - the square in front of St. Salvador church. Can we take any of the Golgotha Picnic Poznań voice strategies and use them in this particular environment? Once in the conference space, this question will become a more private and intimate one.
Autor: Michał Libera o 06:17